Up for a royal excursion, an hour south of Stockholm?

Tullgarn Castle is well worth a visit. The building is magnificent, and the apple orchards as well as the castle park overlooking the sea are open all year round.

Tullgarn Castle is situated along the road Utflyktsvägen, a few kilometres north of Trosa. From Highway E4, the road winds through green fields and majestic oaks for nearly ten kilometres before we arrive at the grand Sörmland Tullgarn Castle, just outside Trosa Municipality.

The castle is one of eleven royal castles in Sweden. Owned by the Swedish State, the castle is managed by the National Property Board Sweden and used by King Carl XVI Gustaf. Swedish history has truly made its mark here, and we are curious to learn more.

As early as 1262, Tullgarn is mentioned in various writings, but it was not until the latter part of the 17th century that the building received its more castle-like design. Even today, Tullgarn Castle is characterised by its neoclassical interior.

The castle has been extended, rebuilt, and renovated over several decades. But in 1772, it was purchased by the State and thus became a so-called royal “pleasure palace”. In the late 18th century, the royal right of disposal was given to King Gustav III’s youngest brother Duke Fredrik Adolf, who left his mark on the castle. Among those involved in the design were Louis Masreliez and Jean Baptiste Masreliez, two brothers who also did interior work in Gustav III’s pavilion in Hagaparken Park. As we set out our food outside the magnificent orangery, we fantasise about what a picknick might have looked like in the 19th century. 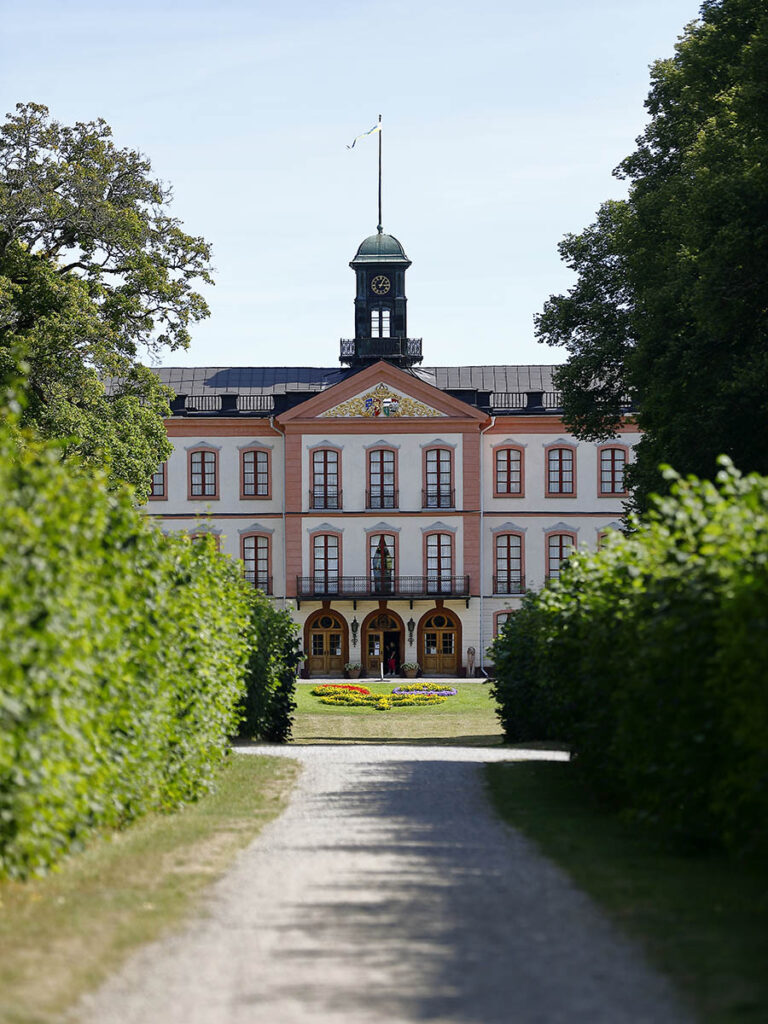 And wandering through the Tullgarn castle park is like taking a lush journey in time from the 17th to the 20th century. The park has centuries-old linden trees and an English park designed by Princess Sofia Albertina in the early 19th century. And well into the 20th century, there was a beautiful nursery here.
Today, Tullgarn Castle is mainly associated with King Gustaf V and Queen Victoria, who spent their summers here in the late 19th and early 20th century. As you reach the beautifully carved oak doors, you are greeted by their initials on the door.

It was when returning home to the castle in Stockholm after hunting at Tullgarn in September of 1946 that Gustav V’s driver drove down into a water-filled ditch near the community of Segeltorp. Today, the place of this event is better known as the King’s Curve.

There are guided tours of the castle tuesday-sunday during the summer. We look forward to being guided through some of the country’s finest and most noble interiors. The beautiful castle café and castle hut are also open during the summer season.

For hours, we walk around the splendid castle park, marvelling at the many aging oaks, the winding green paths, the clear sea, and the vast apple orchards. Enjoying the spectacular nature and the special architecture. We get lost in the lush labyrinth. Ride the leaf merry-go-round in the Karusellparken park. We take out our binoculars and count how many birds we can see by the bird watching tower. We read up on the eco-cycle by the eco ponds build by the National Property Board Sweden. Play hide and seek among all the leaves. Take a picture by the beautiful orangery and send it to our grandparents. We let our imagination run wild, feeling truly welcomed into the magical world of kings and queens. We’ll see you at the end of the Karusellparken park!

Trosa is a cosy, picturesque town that every year 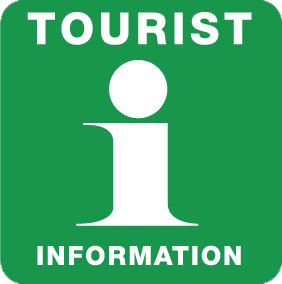 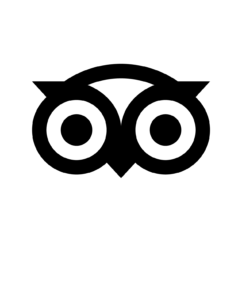